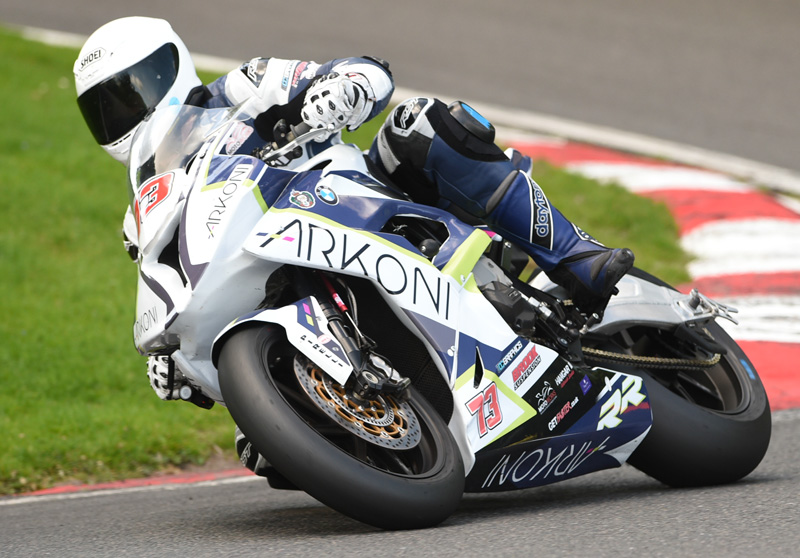 Last weekend was a really great step forward for Team Arkoni in the GP1 class at Cadwell Park after a slow start to the season at Brands Hatch, with tyre problems at Snetterton that led to qualifying at the back of the grid.

Qualifying in the first couple of rows led to a second place in the first race, only ½ second of the leader’s pace. For the second race, some improvements were made and gaining another 2nd place were satisfactory results. Due to the weather conditions, the final race was a real lottery but Team Arkoni still came in a creditable 5th

The season is at last gaining momentum and the Team is targeting at least 1st place or podium finishes from the rest of the season.

Motorcycle racing is a full team effort with every member being instrumental in achieving success. This includes the rider, manager, mechanics and of course the people making tea and sandwiches with support from the sponsor Arkoni.

Watch out for the results at Mallory Park at the end of June where Dave feels we will be really competitive.