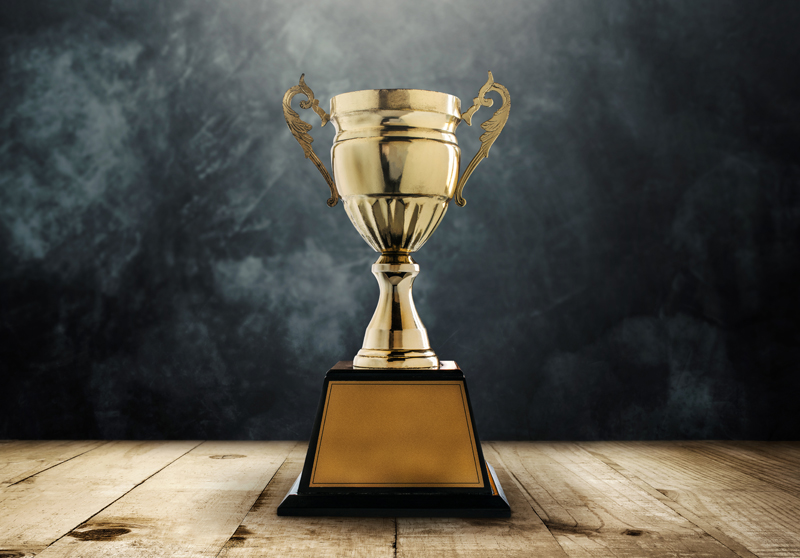 Arkoni was recently named as a finalist in the IFSEC Security and Fire Excellence Awards 2014 for work carried out at St James Place in London. 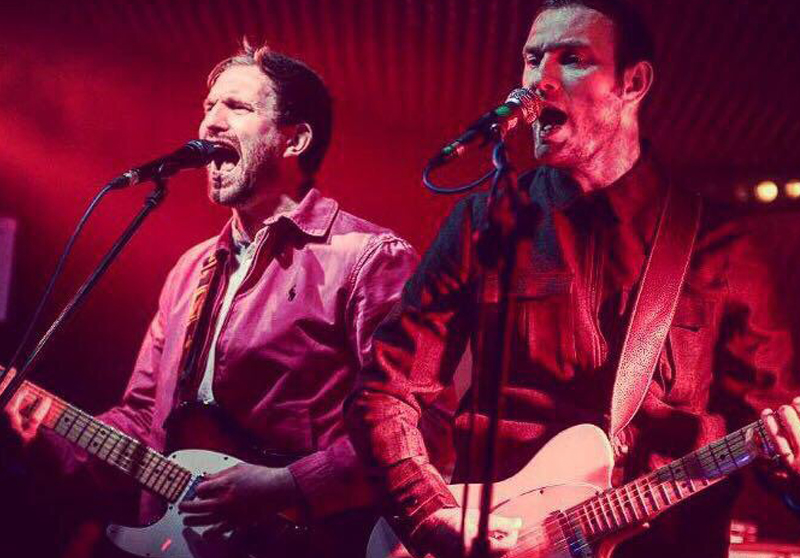 Kascarade Kitted out by Brighouse Business

Bradford-based indie band Kascarade have been boosted with further funding from Arkoni Metalwork.

We have stepped in to help the band purchase a host of new recording equipment and technology with Kascarade getting ready to produce and release their much anticipated first studio album in 2015.

Arkoni helped to fund Kascarade’s studio on Thornton Road in 2013 and, according to Kascarade frontman Maf Milnes, the latest cash boost could really help to establish the band on the map:

“It’s a novel way of getting funding and we’re very grateful for all of the support shown by Arkoni over the past 18 months.

“We now have a digital audio workstation that utilises Presonus Studio One Professional software, rack mount gear and other equipment that will allow us to record and master our own tracks.

“We’ve had great feedback to our recent releases including Rise Again, available on Amazon and iTunes, which was filmed on Ilkley Moor using a drone and features Happy Mondays vocalist Julie E Gordon,” added Maf.

Mark Prentice, founder and MD of Arkoni, commented: “We’re very pleased to be supporting the local music scene and a band that is definitely on the up.

“We look forward to seeing the band develop over the coming months with the new kit hopefully contributing to their success,” added Mark. 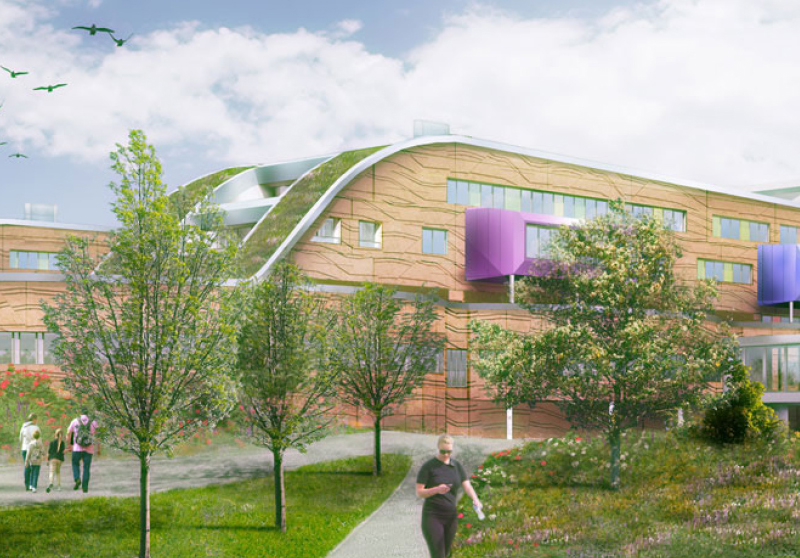 Arkoni is carrying out one of its biggest projects to date at Alder Hey Children’s Hospital on Merseyside.

Arkoni MD and founder Mark Prentice explained: “We’re delighted to be involved in the ongoing building work for the relocated Alder Hey in the Park project.

We are winning more and more major contracts as the UK's construction industry continues to recover from the recession.

"Whilst this was our largest contract for a short while, it's now been eclipsed by £1.4 million order, details of which will be announced soon," added Mark. 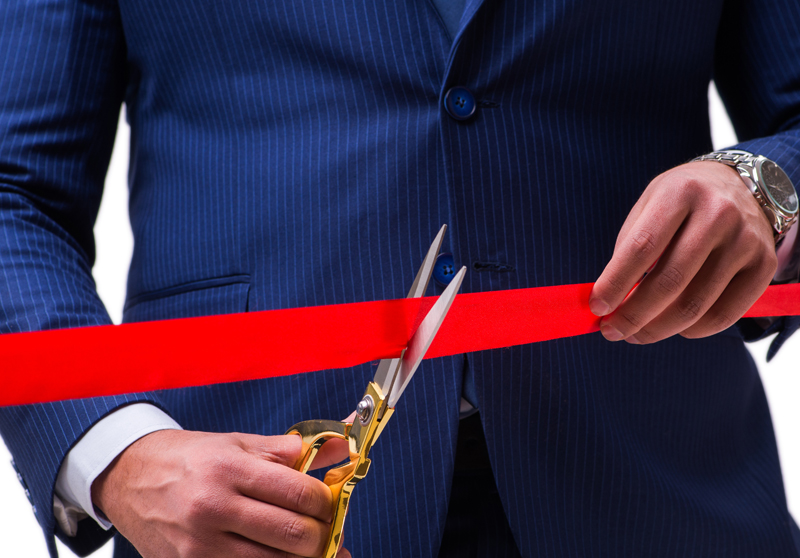 Roger Marsh, Chair of the Leeds City Region LEP commented: "Arkoni is experiencing high growth and increasing demand for its range of products. The workshop and machinery funded by the LEP gives the company additional capacity to meet growing demand.

"The LEP is supporting ambitious businesses across the Leeds City Region with both grant and loan investment packages to enable businesses to implement their plans for growth.

"Manufacturing is a vital part of the region?s economy and 70% of total available funding across the region has gone into this sector so far," added Roger.

"We've increased our workforce by well over 10% over the past twelve months and will shortly be announcing yet another record contract gain. We're bucking the trend in terms of declining manufacturing but are the perfect bell weather for the healthy state of the construction industry across the region and the UK as a whole.

"The support from the LEP is critical at times of expansion and we are very grateful for all the support they have given us and continue to give us," added Mark. 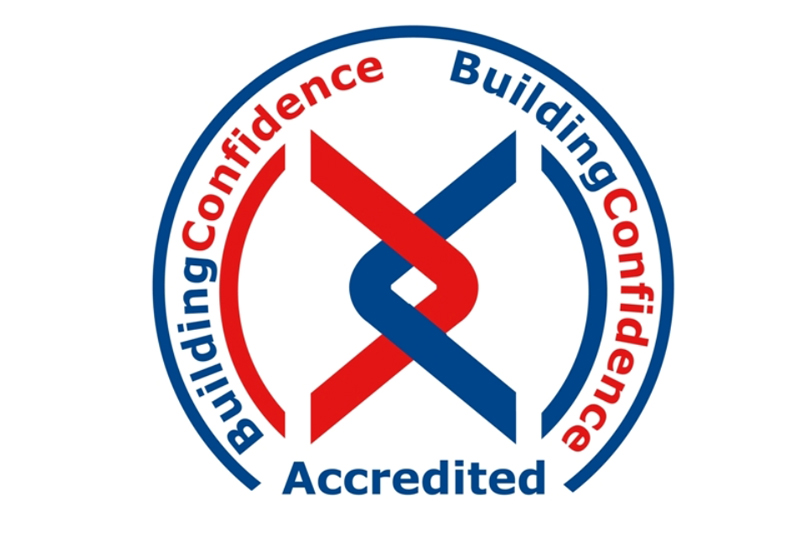 Arkoni founder and MD Mark Prentice explained: "Achilles is a widely recognised standard within construction and we're delighted to have successfully negotiated a comprehensive auditing process in order to attain the accreditation.

It offers our customers and suppliers peace of mind in terms of a consistent and quality approach to our relationships up and down the supply chain," added Mark. 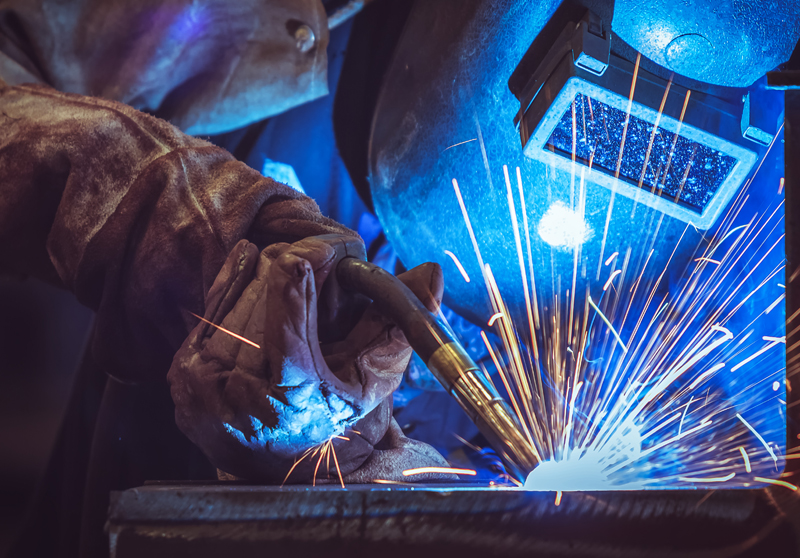 Full Speed Ahead For Arkoni

Arkoni is on track to record three consecutive years of 30% growth in turnover with 2013-14 figures revealing an increase from £4 million to £5.25 million and a full order book stretching well into 2015.

Arkoni MD Mark Prentice, who founded the business in 1991, commented: "We are operating at full capacity and have been doing so for the past two years. We?ve increased our workforce and introduced efficient and robust management systems."

"Much of the growth has been based on rapidly growing demand for fire-rated glazing systems. Over the past twelve months we have installed glazing systems in new schools, shopping centres, office complexes, leisure centres, cathedrals and many other locations across the UK."

"The figures for 2013 to 2014 were way above our targets and we continue to be an effective bellweather for commercial and public sector construction projects across the UK."

"In effect we are looking at a doubling of the business turnover in just three years. Long may it continue" concluded Mark. 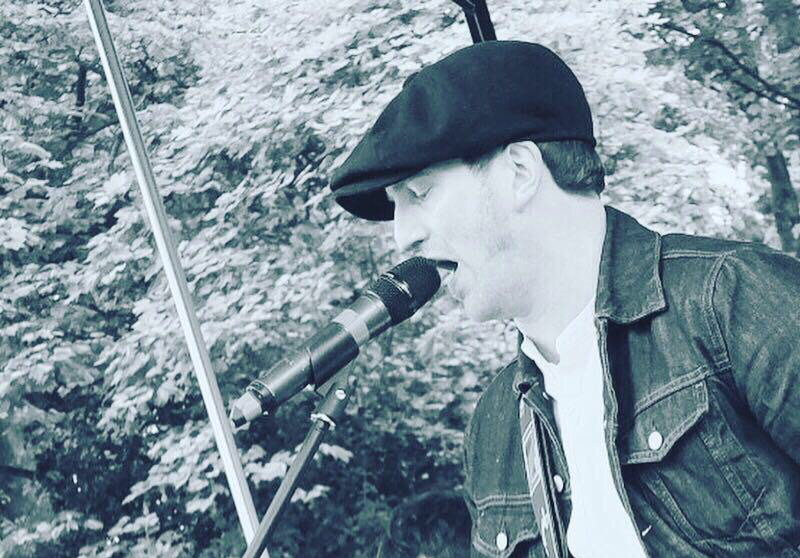 Arkoni-backed Bradford band Kascarade turned to a notable local landmark when filming the video for their latest single 'Rise Again'.

The video was recorded entirely on location over a number of days at Ilkley Moor with lead singer Maf Milnes and backing singer Julie E Gordon, formerly of the Happy Mondays, performing vocals whilst being filmed by a ‘drone-style’ multicopter for dramatic effect.

The song itself is described by Maf as "an urgent call to get on with livingand to accept that what's been, has gone. It is a positive message that urges folks to realise that the only thing we truly have in life is the here and now and we should seize the moment.

"The world seems to be increasingly riven by political and religious conflict and that is reflected in the backing intro of a journalist reporting on civil unrest.

“Rise Again represents the need to change our thinking and make the very most out of life as we take the listener on a journey out of darkness and into light.

"It's a departure from our normal music and I'd describe it as a traditional pop rock song with a driving drum track, distorted triumphant guitar riffs and sharp, melodic organ sounds,” added Maf, one of the founding members of the five piece band who formed in 2010.

Renowned dance music producer Harry Hard has already made a dance remix version which is due for released later in the summer.

A spokesperson for P13 Digital Media, who produced the video, commented: “The band wanted to move away from the stereotypical urban look that is so often associated with northern bands and, at the same time, use some of our spectacular local scenery to full effect.

“This video is a more ambitious attempt at capturing a cinematic feel and we’ve used the latest technology, including a radio controlled multicopter provided by, and controlled by fans of the group who volunteered their time to help in the production.

“The location was close to the Cow & Calf in Ilkley over a number of days from late afternoon until sunset.”

A first studio album, sponsored by Brighouse-based metalworking firm Arkoni, is also on the agenda for release in 2014.

The single is available on iTunes and other outlets such as Amazon as well as streaming services such as Spotify. The video can be viewed at http://www.youtube.com/watch?v=wh-McsI_7dU

Music fans can catch Kascarade live at Kings Arms in Heaton (4th July), the Shuttle Shuffle (9th August) and on the main stage at the Saltaire Festival (21st September). 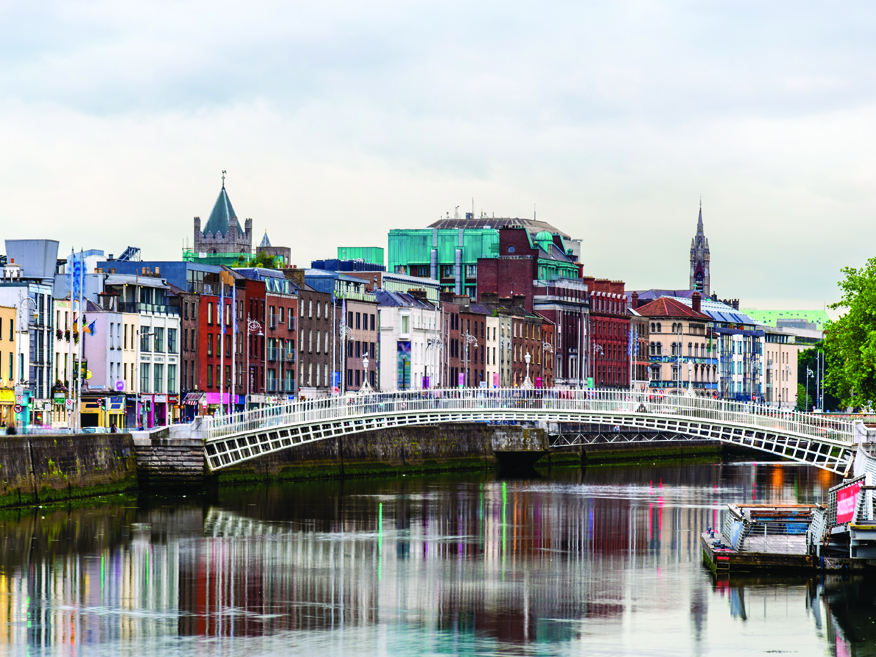 Arkoni is set to expand into the Irish construction market after linking up with Dublin-based Linham Construction.

The agreement has led to the formation of Arkoni Ireland with the remit of providing fully certified fire-rated, security and steel glazing systems for a growing number of public and private building projects across Ireland and Northern Ireland.

Linham Construction was established in 1995 and provides construction-related services across Ireland.

Arkoni Ireland MD Frank Flynn commented: “This is a great opportunity for Arkoni and Linham to introduce the highest spec fire glazing solutions into the Irish market. Arkoni’s manufacturing skills are a highly attractive proposition on this side of the Irish Sea and we are already seeing significant orders coming in.”

Arkoni MD and founder Mark Prentice commented: “We foresee only growth across Ireland in the short to medium term with our profile set to expand in partnership with Linham. We are very much on the same wavelength!” 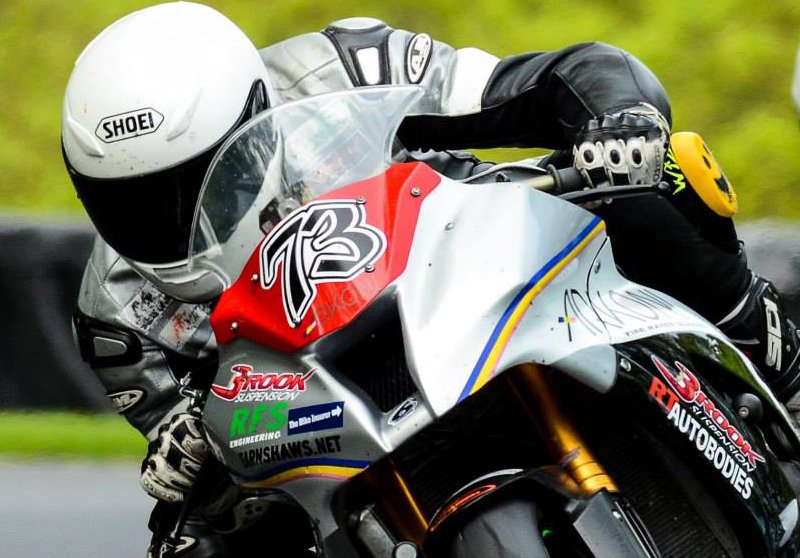 Team Arkoni motorcyclist David Brook will be providing fans, followers and race enthusiasts with a driver’s eye view of proceedings for the rest of his 2014 Thundersport GB Superstock 1000 class series.
Bradford-based “Brooky” commented: “I’ve decided to hook up an on board camera to the bike to provide me with my own feedback but also to share on Youtube with racing fans keen to experience the feel of an in-race perspective.

“I’m already getting a lot of good feedback from my coverage of the last meet at Cadwell Park and I’m hoping I can use the coverage to get me a podium finish before the season is out,” added Brooky who runs bike-focused Brook Suspension based at Thornton Road Industrial Estate.

David, 27, has been competing in his first Thundersport GB season on a Kawasaki ZX10 sponsored by Brighouse-based metalworking and fire rated glazing firm Arkoni Ltd.

Arkoni on Track with Record Contract

Arkoni has won its biggest contract to date with an almost £500,0000 order to supply the new Derby Sports Arena with glazed walling, a staircase and spectator balustrades.

The £27.5 million venue, situated next to the iPro Stadium, will feature a 250m cycling track, 12 court sports hall, gym and multi-function rooms as well as a café. The Arena will also double up as a concert venue with a capacity of 5,000.

Managing Director Mark Prentice explained “Arkoni’s manufacturing expertise could well provide a backdrop for our next Sir Chris Hoy, Victoria Pendleton or Bradley Wiggins in what is only the fifth international standard velodrome in the UK.

“We were asked to design, manufacture and install a 2 metre high structural glass wall around the cycle track as well as a staircase and balustrades to spectator areas around the Arena.

“We have worked for main contractor Bowmer Kirkland on a number of occasions and their work on the Arena is expected to be complete for October 2014,” added Mark.